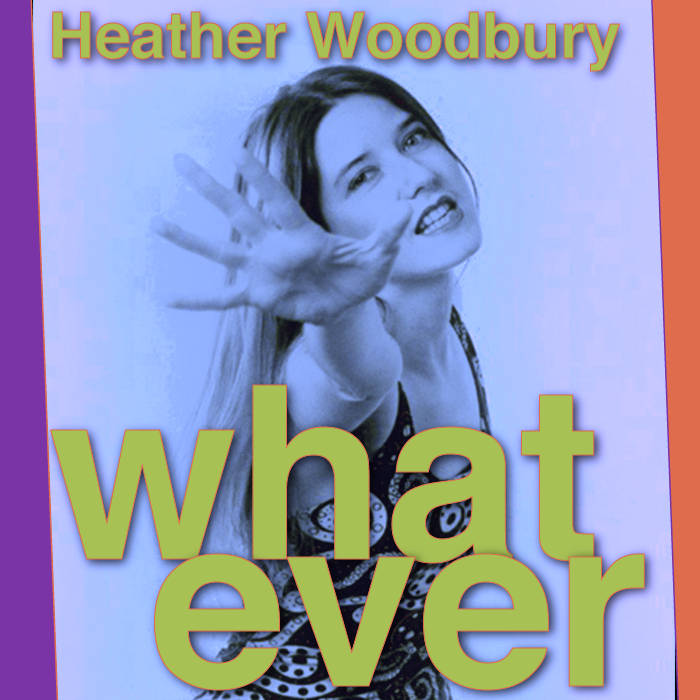 A 100-CHARACTER EPIC serial performance performed by one actor, in 8 installments.

This 1990s radio play - hosted by Ira Glass of "This American Life" and broadcast on NPR affiliates - celebrates its 20th anniversary. Buy and Listen to it now!

RAVES
"I love the sheer ambition of What Ever. To describe our entire country through a dozen major characters and maybe a hundred minor ones...it is one of the greatest works you've never heard of" – Ira Glass, "This American Life" host

"What if the Great American novel turns out to be a piece of theatre? Heather Woodbury's astonishing What Ever may be the nearest thing to an American Ulysses" – The Irish Times

"WHAT EVER" IS THE RESULT OF A DARE. A friend (Dudley Saunders – who became the director) challenged Heather to write and perform a new show every week. She took up the challenge in 1994. For 37 weeks she performed a new half-hour in the back of an East Village bar. As characters and plot line developed, audience became mid-wife and the "performance novel" was born. What Ever went on tour widely from Chicago’s Steppenwolf to London’s Royal Festival Hall. It is published by Farrar, Straus & Giroux (2003).

PLOT SPIN
This comedic nineties epic orbits around ten main characters whose lives ultimately intertwine. From 85-year old Violet, an Upper East Side bohemian struggling with mortality, to chemical executive Paul, grappling with a crisis of conscience, to his stifled Southern housewife Polly and his brittle Manhattan mistress Jeanette, both searching for release, to Hell's Kitchen whore Bushie, dodging destruction with her naked wits, the story spins from coast to coast, bound together by the chance meeting of three West Coast "ravers"- whose adolescent quests begin and end at a fateful rave.

Written and performed by Heather Woodbury

Funded by the Cavanagh Foundation

"Standup novelist" Heather Woodbury is known for sprawling works that combine the seductions of cable TV serials with the high-wire immediacy of live, solo storytelling. Her previous audio serial, What Ever, hosted by Ira Glass, was broadcast on public radio. Filmmaker Richard Linklater likens being engrossed in her works to "living INside a novel."
She is published by Farrar, Straus & Giroux. ... more

If you like Heather Woodbury’s "What Ever: An American Odyssey - Twentieth Anniversary Special Edition", you may also like:

Bandcamp Daily  your guide to the world of Bandcamp